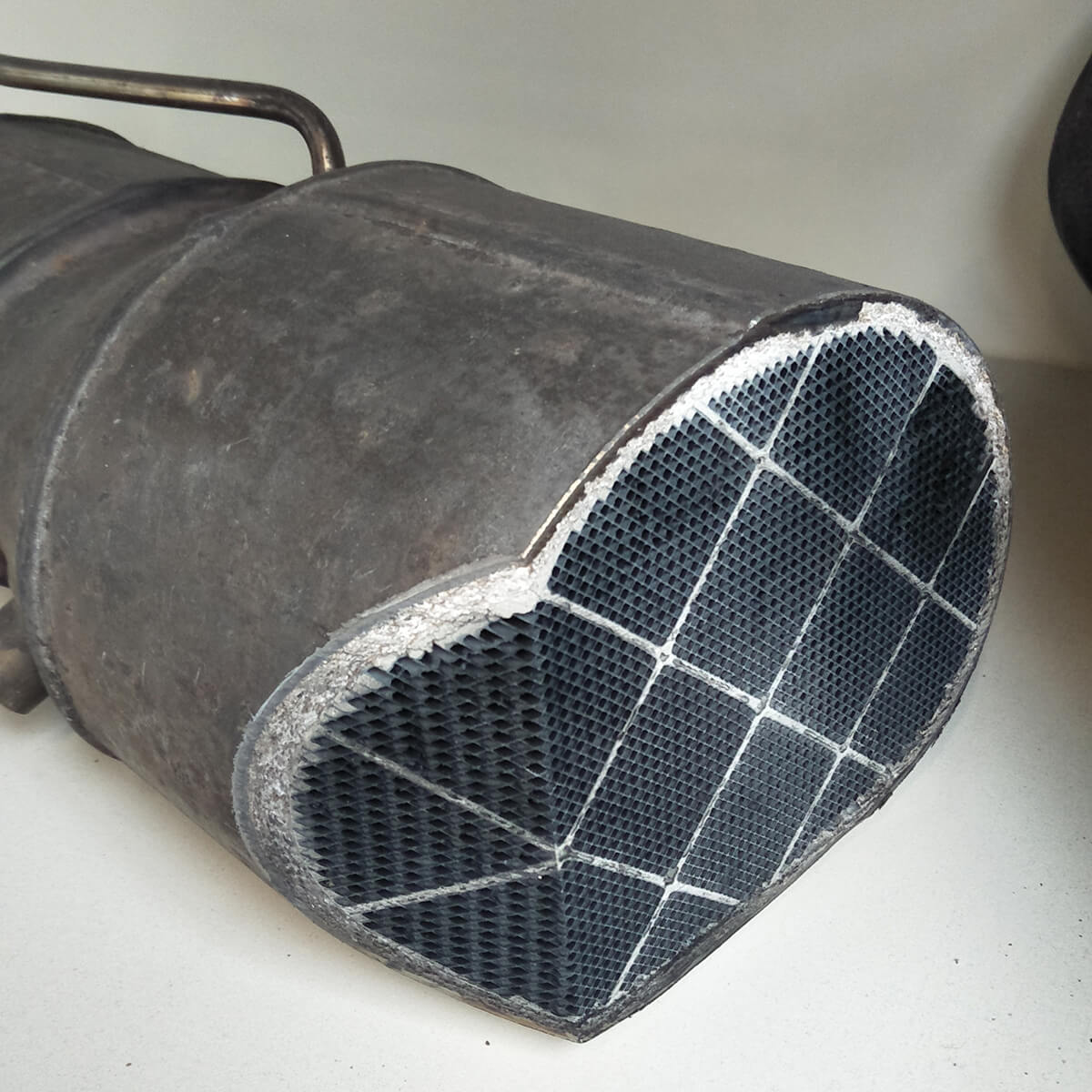 In simple terms, they consist of a stainless steel housing and a ceramic insert whose surface was sprayed with metals from the platinum group metals (PGM)

Depending on the market for which the car was manufactured, i.e. the obligation to meet exhaust emissions standards as well as the make and type of the car, the catalysts differ significantly in PGM content. 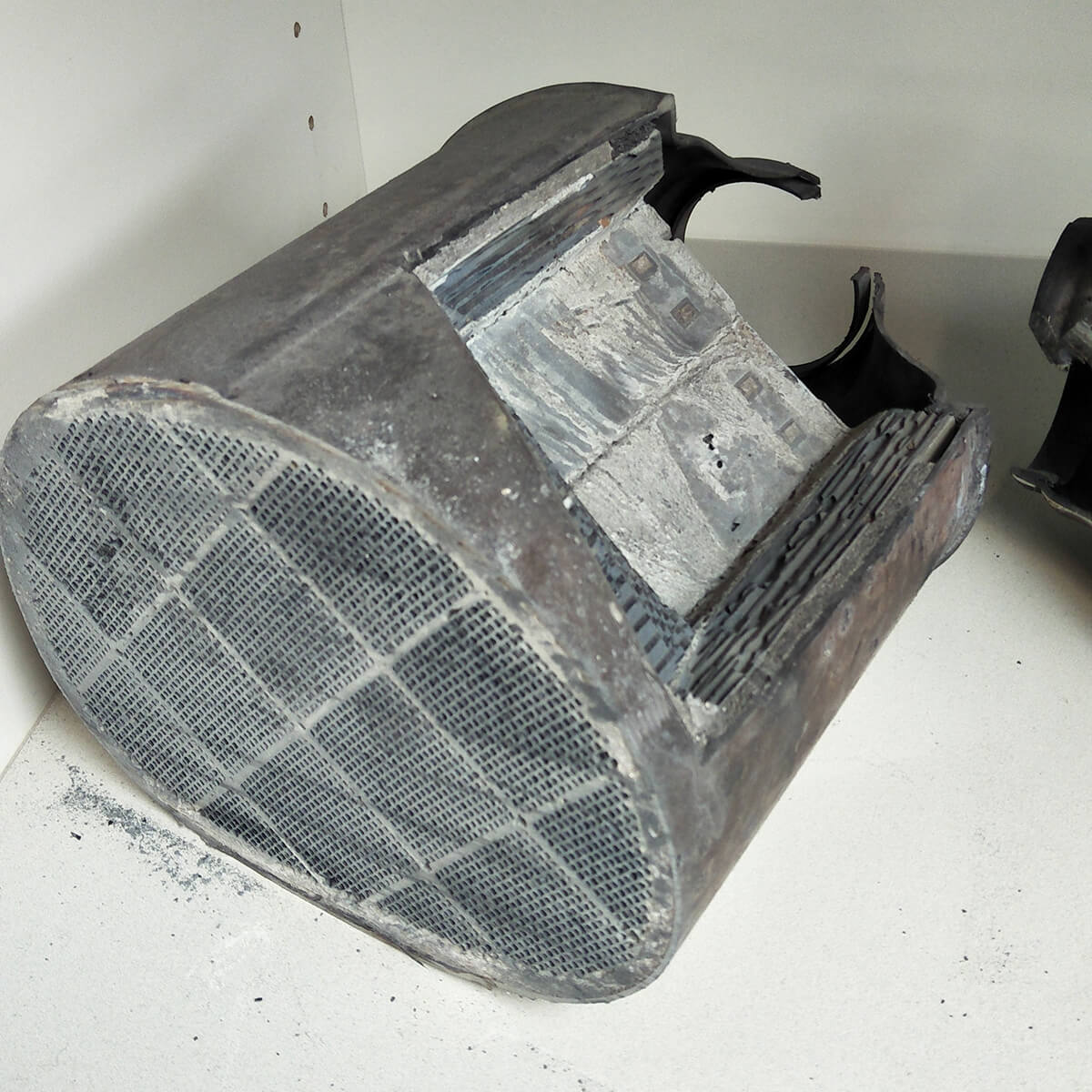 Constructed of a metal block made of layers of corrugated foil, forming a channel network, which, like in the case of a ceramic catalyst insert, contains PGM.

Platinum group metals, mainly platinum, palladium and rhodium, stimulate carbon monoxides, hydrocarbons and nitrogen oxides contained in the exhaust fumes to react, which results in reduced emissions of harmful compounds. The content of PGM in automotive catalyst inserts on average varies between 0.2-0.3%, this level depends on the age of a car and the type of fuel burned.

For spark-ignition engines (gasoline engines), three-way reactors TWC (from Three Way Catalyst) are most commonly used, which reduce nitrogen oxides (NOx) and at the same time oxidize hydrocarbons (HC) and carbon monoxide (CO). The lambda probe supervises the proper operation of the reactor to maintain an appropriate excess air ratio.

For compression-ignition engines (diesel / diesel engines), oxidation reactors are used, which cause the oxidation of HC and CO compounds. Simultaneous reduction of NOx is impossible in this case due to the fact that these engines work on lean mixtures.

Due to the increasing requirements of exhaust emission standards, individual catalytic converters are replaced by several reactor systems.

A selective catalytic reduction (SCR) system is used to reduce nitrogen oxides from exhaust gases. The catalyst for this reaction is an aqueous urea solution (AdBlue), which is sprayed in the catalytic system before the filter. Under the influence of temperature, it breaks down into carbon dioxide and ammonia. In the catalyst, ammonia reacts with nitrogen oxides to form volatile nitrogen and water vapor.